A Fantasy, An Illusion

February 22, 2019February 25, 2019
"HD video has become an extremely expressive tool for visual storytelling on stage – the possibilities are endless". 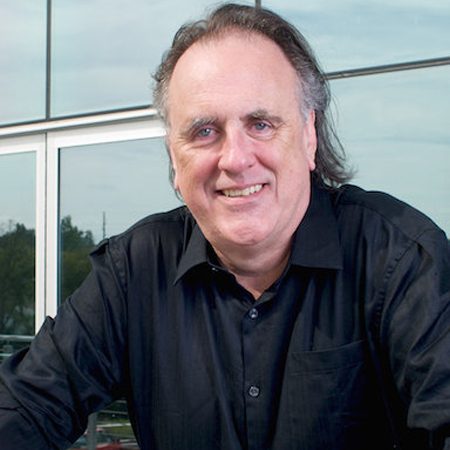 Magical realism is not a new concept in the art world – expressing a realistic view of the real world while also adding magical elements. One of the most iconic of magical realist writers was Nobel Laureate Gabriel García Márquez, whose novel Love in the Time of Cholera inspired Daniel Cátan’s Florencia in the Amazon. Premiering at Houston Grand Opera in 1996, traditional productions of Florencia have always centered around a large set piece of the El Dorado, the steamboat that takes our heroine down the Amazon River. But Nashville Opera’s Artistic Director John Hoomes found that staging problematic. “After studying the flowing, dreamlike music, I began to see the opera as less about a boat and more about the characters’ journeys,” Hoomes says. “The music felt more about the magical, ever changing Amazon River.”

It was from this fantasy frame of mind that Hoomes proposed an alternative visual interpretation for his production – using full stage projections of imagery to delineate the scene and illustrate various dreamlike visions called for in the text. Reaching out to Barry Steele, a video and lighting designer and regular collaborator with Nashville Opera, Hoomes recalls, “from the beginning I told Barry I wanted realistic imagery that we could then alter to make more dreamlike as needed. Rather than working with existing stock footage, Barry filmed the river footage himself while on a boat drifting through the waters of the Everglades because we couldn’t afford to shoot footage in South America.” Steele, a native of Florida who was actually in the Amazon on a series of projects in the months prior to his discussions with Hoomes, remembers the decision to shoot in Florida differently. “I decided to stay behind to explore the jungle around Manaus and immediately came down with Dengue Fever, which kept me bedridden for a week. During that time I had lots of fever dreams and ruminations but in one particularly painful, dreamy, and dismissive moment I thought, ‘Why am I here, this place looks just like Florida.’”

In addition to these HD projections behind the characters, the physical presence of the constantly undulating river stretches downstage nearly to the orchestra pit, created by video but also populated by the opera chorus. “That is the most revolutionary concept of the production”, says Hoomes, “a living river that reacts to and interacts with the principal singers as the action of the opera evolves.” Perhaps this is why audiences have expressed that they have never experienced anything quite like it – a new type of virtual reality, operatic adventure that engages the senses in a different way. “I feel HD video has become a new and extremely expressive tool for visual storytelling on stage – the possibilities are endless” adds Hoomes. “This frees the audience to engage the story from the character’s point of view and gives the entire opera a dreamlike feeling of what may be real versus what may be fantasy. A feeling that, at any moment, anything could happen and that it would.”

After its premiere in Nashville, Hoomes’s production traveled to New York City Opera and again starred soprano Elizabeth Caballero in the title role. With pride, Hoomes boasts, “We’re already being asked to revive the show in Nashville. I look forward to presenting this production in Pensacola considering so much of the show’s visuals were actually filmed in Florida.” Pensacola Opera is excited to join the list of companies to stage this innovative piece as a part of our season of firsts.