A transformative journey of self-discovery, As One tells the story of Hannah as she realizes and uncovers her true self. With evocative music by Laura Kaminsky and a stirring libretto by Mark Campbell and Kimberly Reed, As One has quickly become the most performed new work in North America. This Florida premiere production features Elise Quagliata and Robert Wesley Mason as Hannah, along with the Polymnia String Quartet conducted by Cody Martin.

Performances of As One will be preceded by a showing of Kimberly Reed’s autobiographical documentary Prodigal Sons. In this film, Kimberly attends her twenty-year high school reunion ready to reintroduce herself to the small Montana town as a transgender woman. Exploring questions of sexual orientation, identity, severe trauma and love, the candid, sometimes bruising footage takes a tender but unflinching look at identity and the past, examining what it means to become someone new. 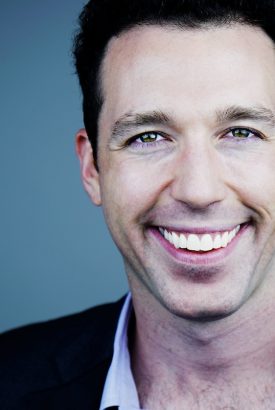 as Hannah Before
baritone

Wes has been celebrated for his visceral story telling ability where he “deploys his mighty baritone to stunning effect, using interpretive phrasing and nuanced delivery” (Albany Times Union). This past November, Wes returned to Nashville Opera in his role debut as Charlie in Heggie and Scheer’s Three Decembers. This winter he returns to Fargo-Moorhead Opera for another run of Three Decembers as well as Escamillo in Carmen, followed by his debut with Eugene Opera, reprising the role of Hannah Before in Kaminski, Campbell, and Reed’s As One. Additionally, this summer will see two more company and role debuts as he joins Urban Arias as a soloist in their production of Elvis Costello’s The Juliet Letters and West Edge Opera for the West Coast Premiere of Mazzoli and Vavrek’s Breaking the Waves as Jan Nyman.

An acclaimed interpreter of modern works as well as the traditional cavalier baritone repertoire, past highlights include the title role in Hamlet with Fort Worth Opera, Stanley Kowalski in A Streetcar Named Desire with Kentucky Opera, Father Flynn in Doubt with Union Avenue Opera, Jonathan in Siren Song with Hawaii Opera Theatre, Ping in Turandot with Nashville Opera, the title role in Guillaume Tell with the Southern Illinois Music Festival, Belcore in L’elisir d’amore with Gulfshore Opera, Masetto in Don Giovanni with Opera Philadelphia and Opera Naples, Achilla in Giulio Cesare with Opera Roanoke, Escamillo in La Tragédie de Carmen with Syracuse Opera, Marcello in La bohème with Hawaii Opera Theatre, Fort Worth Opera, and Norwalk Symphony, Schaunard in La bohème with the Crested Butte Music Festival, Zurga in Les pêcheurs de perles with Opera Delaware and Baltimore Concert Opera, the baritone soloist in Broadway Extravaganza with Opera Hong Kong, Sciarrone in Tosca with Dallas Opera, and Morales in Carmen with the Glimmerglass Festival. 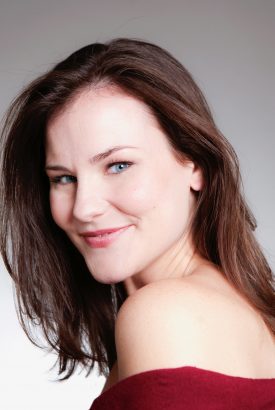 as Hannah After
mezzo-soprano

The Polymnia Quartet (Benjamin Hart and Kate Withrow, violins; Amelia Clingman, viola; Philip Von Maltzahn, cello) was founded in 2015 in New Orleans with a focus on presenting classical standards and contemporary compositions in atypical venues, offering audiences fresh ways to experience chamber music. The Quartet performs regularly at the Marigny Opera House and for the Marigny Opera Ballet. Locally, they have performed at Southern Rep Theatre, Nola Brewing Company, Tulane University, and at the Audubon Park “Music Under the Oaks” series. In 2018, the Quartet commissioned and premiered a new collaborative work at the Music Box Village.

The Polymnia Quartet has performed for New Orleans Opera Association’s productions of María de Buenos Aires and As One, which they also performed with Des Moines Metro Opera. Educational collaborations have included masterclasses for the Birdfoot Festival in New Orleans and a side-by-side with the Magnolia Concert Society Chamber Orchestra in Gulfport, MS. They currently serve as Ensemble-in-Residence for the New Orleans Friends of Music’s Open Your Ears educational initiative.

The name “Polymnia” refers to the Greek Muse of hymns and poetry and is a nod to both New Orleans’ Polymnia Street and the celebrated Mardi Gras Krewe of Muses. 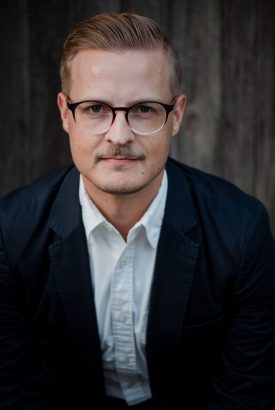 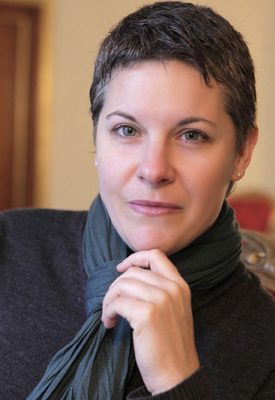 Amy Hutchison’s “fascinating, brilliantly mounted double bill” productions of Donizetti’s IL PIGMALIONE and RITA for Chicago Opera Theater wowed audiences and critics alike. Hutchison has also championed American opera throughout her career. She recently staged AS ONE for San Antonio’s Alamo City Opera, as well as for Chicago Fringe Opera, where she curated a Trans Artist Showcase at The Center on Halsted in conjunction with the production. Her production of Missy Mazzoli’s SONG FROM THE UPROAR: THE LIVES AND DEATHS OF ISABELLE EBERHARDT was hailed as “imaginative” and “striking contemporary music theater.” She has directed William Bolcom’s A VIEW FROM THE BRIDGE for Teatro dell’Opera di Roma, Washington National Opera and Portland Opera. Her collaboration with Ricky Ian Gordon and Stacey Tappan, ONCE I WAS: SONGS BY RICKY IAN GORDON, was staged at the Chicago Cultural Center and recorded on the Blue Griffin label.

She has served on the directing staffs of Lyric Opera of Chicago and Houston Grand Opera. She has staged the Maurice Sendak production of HANSEL & GRETEL for Opernhaus Zürich, The Juilliard School (televised for PBS: Live from Lincoln Center) and for the Canadian, San Diego, Indianapolis, and Baltimore opera companies. As Associate Director, Hutchison has staged PORGY AND BESS throughout the United States and globally, including Milan’s Teatro alla Scala, L’Opéra National de Paris and opera houses in Düsseldorf, Lucca and Tokyo.

​Dedicated to artist training, Hutchison has been a faculty member of The Bienen School of Music at Northwestern University, Westminster Choir College and its CoOPERAtive Training Program, as well as directing and coaching the young artists of Lyric Opera’s Ryan Artist Center and Houston Opera Studio.

As One is presented through a special partnership with Sunday’s Child and a generous contribution by Diane Peterson, in memory of her husband and son, Sean and Brad Peterson.