Pensacola Opera proudly announces a major leadership realignment for northwest Florida’s premier opera company. Board Chairman Brian Baumgardner says, “Since 2015, Pensacola Opera has been in a constant state of strategically planned transition, which now—seven years later—draws to a successful close. With our company’s 40th anniversary just around the corner, we plan an exciting future with a newly aligned team, which is well poised to continue our company’s distinguished legacy. After 20 years of outstanding service to our organization, Jerome Shannon will retire from his position as Artistic Director, initiating a realignment of all leadership positions effective August 1, 2022. Cody Martin will assume the title of Music Director and Corey McKern will join the company as Artistic Director, with Chandra McKern’s title revised from Executive to General Director. And I’m thrilled to announce that Maestro Shannon has agreed to continue his association with the company as Principal Guest Conductor.” Additional biographical information on all members of the leadership team is available below. 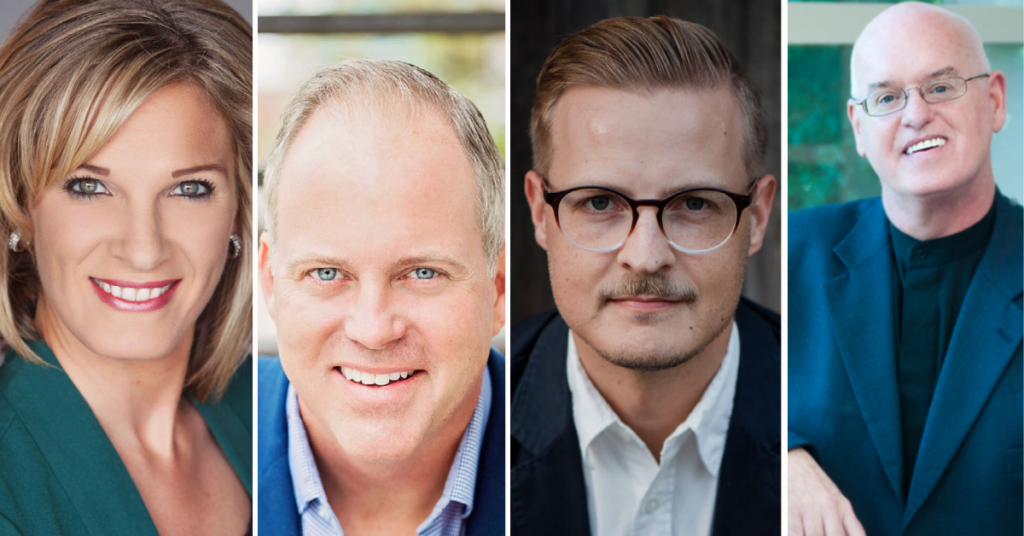 Chandra McKern joined Pensacola Opera in 2015 as the Managing Director and was named Executive Director in 2018. Previously, Chandra served as the Director of Education and Outreach at Nashville Opera since 2012 where she was responsible for all aspects of the Education and Outreach Programs including the Mary Ragland Young Artist Program. Prior to Nashville Opera, Chandra was the Education Director at Pensacola Opera from 2010-2012 and spent four years working for Goldman Sachs and two years at Rockefeller University in New York. Before transitioning to arts administration, Chandra had an extensive performing career working with opera companies including Tulsa Opera, Opera Birmingham, Nevada Opera, Chicago Opera Theater and Central City Opera. Chandra holds a Bachelor of Music Degree from the University of Northern Iowa and a Master of Music from Indiana University. Chandra is a member of the Leadership Pensacola Class of 2017 and was a member of the prestigious 2016 OPERA America’s Leadership Intensive Program.

Award-winning baritone Corey McKern’s recent engagements include Older Thompson in Glory Denied with Opera Birmingham; Sharpless in Madama Butterfly with Inland North West Opera; the title role in Don Giovanni, Escamillo in Carmen, and Captain Corcoran in H.M.S. Pinafore with Pensacola Opera; performances as a soloist in Carmina Burana with Missoula Symphony; Handel’s Messiah with the Alabama Symphony; Mahler’s Songs of a Wayfarer for the Pensacola Symphony Orchestra; and Beethoven’s Symphony No. 9 with the Tallahassee Symphony. He also returned to the Florentine Opera for a concert of “Opera’s Greatest Hits,” performed in Nashville Opera’s Opera Jukebox Virtual Concert, in Asheville Symphony’s Virtual Gala, and Mobile Opera’s Winter Gala Concert. https://www.uiatalent.com/artists/corey-mckern/?c=all

Conductor and pianist Cody Martin joined Pensacola Opera in 2017 as Director of Education and Director of the Artists in Residence Program. In his current position, he oversees the training of five Artists in Residence each season, conducts select mainstage performances, and manages an ongoing series of performances, lectures, and educational offerings throughout the region. As Music Director, he will oversee all musical activities for the company. In recent seasons, he has led productions of Don Giovanni, As One, Florencia en el Amazonas, Man of La Mancha, and María de Buenos Aires in Pensacola; Three Decembers with Fargo-Moorhead Opera; and appeared as a pianist and coach with Opera Birmingham, Des Moines Metro Opera, and Arizona Opera. https://www.codymartinconductor.com/