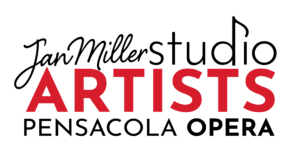 As Pensacola Opera officially kicks off its 40th Anniversary Season, the company proudly announces the renaming of the Artists in Residence Program as the Jan Miller Studio Artist Program. Thanks to a legacy gift by longtime opera supporter and advocate Jan Miller, the nationally recognized artist training program will be sustained and built upon for decades to come. 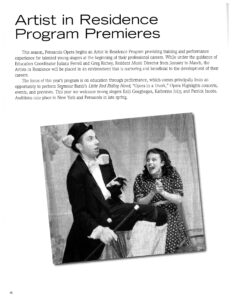 The Artists in Residence Program at Pensacola Opera began in 2003, igniting from the board president at the time, Jan Miller. She made it the focal point of the company’s mission to enrich the culture of Northwest Florida through a wide variety of operatic and educational programming. Starting with a group of three singers and a pianist performing Seymour Barab’s operatic adaptation of Little Red Riding Hood, the Artists in Residence Program quickly gained a devoted following in our community. Each year since, these talented emerging artists have appeared in a variety of education and community engagement performances, reaching tens of thousands of children, adults, and families each season. Over the past 20 seasons, more than 90 singers, pianist/coaches, and stage managers have gone through the program, many of them going on to national and international performing careers, or transitioning into administrative roles within the industry. In recent seasons, Pensacola Opera has doubled down on its commitment to developing and nurturing these talented artists, providing invaluable one-on-one coaching and career development in addition to a wide breadth of performance experience. 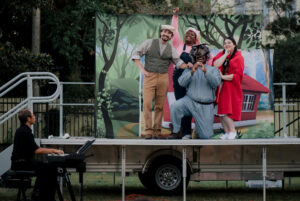 Today, the Jan Miller Studio Artist program brings in 5 artists each season to participate in mainstage programming and act as community ambassadors for the Opera by touring to local schools for a children’s opera production and Opera Up Close workshops, and visiting local restaurants, community centers, and parks for free concerts and pop-up performances throughout the season.

Jan has always been a fierce fundraiser and promoter for the company’s in-school programming, which reaches over 10,000 area children each year. As part of the renamed program, Pensacola Opera continues the commitment to mentoring and empowering emerging talent in the opera world, setting them up for successful careers ahead.

An Interview with Jan Miller 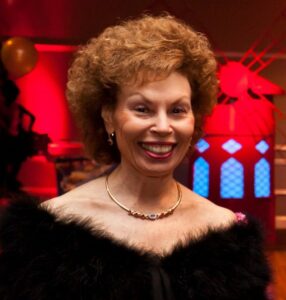 Where is your hometown?

Tell us about what you do.

My husband and I owned a manufacturing company that made starters and alternators for the marine industry that shipped all over the world from here in Pensacola. I am involved with several other non-profits but the Education Programs with Pensacola Opera hooked me.

How long have you been working with Pensacola Opera?

I have been a patron of the opera since 1997 when I saw our production of Passion. Since then, I have been a volunteer for over twenty years, served on the Board of Trustees, both as a trustee and as Chair from 1999-2006, and was elected as an Emeritus Trustee in 2008. I love the productions but I also enjoy working on our special events. Some of my earliest initiatives, such as the Women’s Board and non-opera special events, helped to expand our supporters outside the theatre.

How did you get involved with the opera? What is your “opera story”?

Growing up in Louisville, which has always supported a strong performing arts community, I was exposed to opera, symphony, and ballet at an early age. But my mother’s greatest love was opera (her favorite being Carmen). She played recordings in our home and this is where my appreciation for the art form came from. My mother was able to immerse herself in opera during a time in her life when terrible things were happening around her (World War II). She was in the army in England and bombs were falling every night. She and her friends would emerge from the bomb shelter and find that their homes were gone. Opera helped to carry her away.

What is your favorite Pensacola Opera memory or production?

Opening night of Turandot, 2003. I was overcome with so much emotion that our company was able to pull off a production of that scale!

What are your favorite things to do in Pensacola?

What do you want our first time audiences to know?

Opera is just like a Broadway show, only better! There are supertitles above the stage with English translations so you don’t miss a thing about what is going on no matter what language the opera is being sung in.