Even if you think you know the story, you haven’t heard Romeo & Juliet like this. Pensacola Opera’s rendition perfectly blends grand opera and the two ill-fated lovers in a spectacle that will captivate audiences from start to finish without ever having to turn a page. Witness our historic take on the story, enhancing the true stars of this opera: Gounod’s beautiful, sweeping melodies and the talented voices of the production’s soloists. And don’t worry – we won’t be issuing any pop quizzes after the performance!

So what’s the story about?
These violent delights have violent ends.  |  He’s a Montague and she’s a Capulet — families who have hated each other for centuries. Yet when Romeo meets Juliet, they fall instantly and passionately in love. Secretly, they marry — but Shakespeare’s famed young couple is ultimately doomed. Everything that could have been is lost as they die tragically in each other’s arms.

Why should you go?
Fatal destiny, blind passion.  |  If you are a fan of the classics, this timeless story of passion and forbidden love marries Shakespeare’s eternal drama beautifully with Gounod’s romantic music. Romeo & Juliet is one of the best operas in the French lyrical repertoire and the most accurate operatic adaptation of the tragedy of the lovers of Verona.

Oh, one last thing.
A plague on both your houses.  |  Bring your tissues. Bring your star-crossed love. Leave the poison at home. 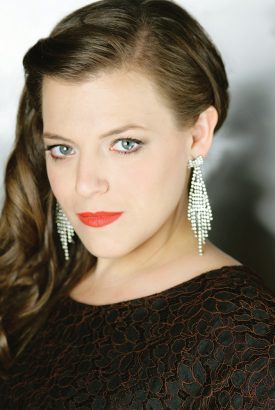 The Salt Lake Tribune praises Melinda Whittington for her “performances of emotional resonance along with their powerhouse vocals.” In her home state, she makes her debut with North Carolina Opera as Ada in Higdon’s Cold Mountain and sings the Contessa in Le nozze di Figaro with Opera Carolina in the 2017-18 season. She makes role debuts as Juliette in Roméo et Juliette with Opera Birmingham and as the title role of Arabella with Pittsburgh Festival Opera, sings further performances of the Contessa in Le nozze di Figaro with Opera Grand Rapids, and returns to Wolf Trap for a birthday concert celebration honoring composer John Corigliano. Last season, she returned to Arizona Opera for the title role of Rusalka in addition to joining Utah Opera as Donna Anna in Don Giovanni, Greensboro Opera as Micaëla in Carmen, and the Lyric Opera of Chicago for its production of Eugene Onegin.

She is the 2016 third place winner in Fort Worth Opera’s McCammon Voice Competition, 2015 first place winner of the Opera Birmingham competition, a 2013 semi-finalist of the Metropolitan Opera National Council Auditions, winner of the Charlotte Opera Guild Competition, and an encouragement award winner in the Gerda Lissner International Vocal Competition. She is a former participant in the prestigious Merola Opera Program in association with San Francisco Opera at which she performed scenes as the title role in Donizetti’s Anna Bolena, Barber’s Vanessa, and Bizet’s Le jolie fille de Perth. 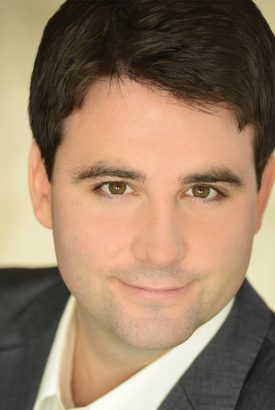 Mackenzie Whitney is originally from Janesville, Iowa and is gaining recognition nationwide for his expressive lyric tenor voice.  He studies with Bill Schuman at the Academy of Vocal Arts and received his Artist Diploma in May of 2016. Mr. Whitney has most recently performed with Madison Opera in the role of Rodolfo in La bohème. He also sang Rodolfo with both the Lakes Area Music Festival and the Academy of Vocal Arts, a role in which Philly.com reported “Mackenzie Whitney, who sang Rodolfo, has an appealing lyric tenor voice, his upper tones free and of lovely quality. This role suits him well both vocally and dramatically”.

The 2016-2017 season saw his debuts with Hawaii Opera Theatre as Rodolfo in La bohème, Opera on the James as the Duke in Rigoletto, Utah Opera as Edgardo in Lucia di Lammermoor, and Opera Maine as Alfredo in La traviata. In the 2017-2018 season, he makes debuts with San Diego Opera as Frederic in The Pirates of Penzance, Annapolis Opera as Alfredo in La traviata, returns to Madison Opera as Arcadio in Florencia en el Amazonas, and brings his Rodolfo in La bohème to his Opera San Antonio debut. 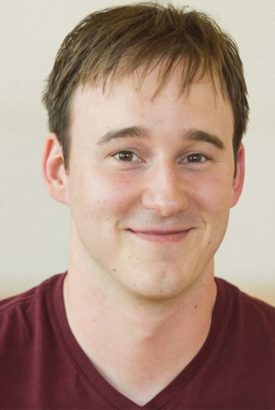 Described by The New York Times as having a “buttery, booming baritone,” Alex DeSocio (Wichita, KS), received his BM in Vocal Performance from Northwestern University and his MM at the University of Maryland with the Maryland Opera Studio under the tutelage of Leon Major.

Professional performance experience during his education includes Silvio in Pagliacci with the In Series, L’horloge comtoise in L’enfant et les sortilèges and Ben Budge in The Beggar’s Opera with the Castleton Festival under the baton of Maestro Lorin Maazel, Guglielmo in Così fan tutte and Carl-Magnus Malcolm in A Little Night Music with Pine Mountain Music Festival in summer 2012.

In the summer of 2013, Alex joined the Merola Opera Program where he performed opera scenes in the Schwabacher concert and covered the role of Tarquinis in The Rape of Lucretia. Previously, Alex was a resident artist with Pittsburgh Opera. While with Pittsburgh Opera, he performed performing The Second Priest in The Magic Flute, covering Schaunard in La bohème, the father in Paul’s Case, and Le commissaire in Orphée, Montano in Otello, Alwan in Sumeida’s Song, and Morales in Carmen.

In 2015 with the Merola Opera Program, Alex performed the role of Malatesta in Don Pasquale as well as performing in the Merola Grand Finale at the War Mermorial Opera House in San Francisco. His professional experience includes Ramiro in L’heure espangnole with Opera Memphis, Dandini in Fort Collins Opera of La Cenerentola, Guglielmo with LoftOpera in Così fan tutte, Schaunard in La bohème with The Charleston Opera, Marcello in La bohème with Pacific Opera Project, Lescaut in Manon with Opera Santa Barbara, Malatesta in Don Pasquale with Livermore Valley Opera, Count in Le nozze di Figaro with Miami Music Festival, and El Dancairo in Carmen with Fort Worth Opera. 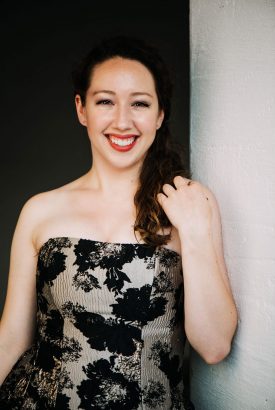 Mezzo-soprano Camille Sherman hails from the California North Bay Area. This season, Ms. Sherman joined Pensacola Opera as an Artist in Residence, performing the role of María in María de Buenos Aires and the Housekeeper in Man of La Mancha, in addition to covering roles Aldonza in Man of La Mancha and Suzuki in Madama Butterfly in the company’s 2017-18 season. Ms. Sherman’s recent seasons include role debuts as the Komponist in Ariadne auf Naxos (Berlin Opera Academy, 2017) and Hermia in A Midsummer Night’s Dream (Janiec Opera Company, 2016), during which she performed alongside world-renowned countertenor David Daniels. In addition to her stage career, Ms. Sherman also appeared as a concert soloist with the Pensacola Symphony.

Over the last few years, Ms. Sherman has garnered acclaim in several competitions. She is a two-time winner of the Kalvelage Memorial Award in the Henry and Maria Holt Competition (2016-17) and secured the Jorge Estebanez Scholarship from The San Francisco Conservatory of Music in 2016. Ms. Sherman also took first place in the North End Music Performing Arts Center Competition in 2014.

Next season, Camille will join Portland Opera as a Resident Artist, and will return to Pensacola Opera to make her role debut as Stéphano in Romeo & Juliet. 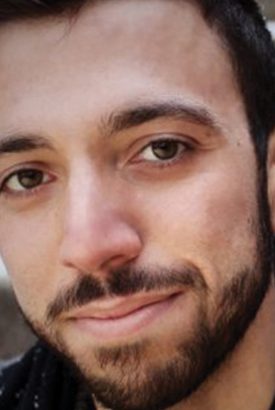 American bass Matthew Fleisher makes his Pensacola Opera debut with his performances of Frere Laurent in the company’s premiere production of Gounod’s Romeo et Juliette. A recent honors graduate of the University of Michigan, Matthew has appeared in productions of The Magic Flute (Sarastro), A Midsummer Night’s Dream (Snug and Theseus), Tosca (Jailer), The Fall of the House of Usher (Servant), Le Nozze di Figaro (Bartolo), Dinner at Eight (Max Kane), Bastianello (Luciano), and The Difficulty of Crossing a Field with the Janiec Opera Company (Brevard Music Festival), Wolf Trap Opera Company, University of Michigan Opera Theater, Detroit Chamber Winds and Strings, and the Phillip Glass Foundation. During Summer 2018, Matthew will return to Wolf Trap Opera Company for their productions of Romeo et Juliette and Rigoletto.  A student of internationally acclaimed countertenor David Daniels, Matthew has commissioned and will present the world premiere of a recital work by the composer David Hanlon. Matthew combines his appearances in recital and opera with his passion for Global Human Rights.

A native of Merritt Island, Florida, tenor Alexander Scheuermann holds a bachelor’s degree from Florida State University and master’s degree from the University of Houston. Recent roles include Laurie in Little Women with Opera in the Heights, Dr. Caius in Falstaff with the Crested Butte Music Festival, Siegfried in Das Barbecü with HGOco, Le Jeu in Les Plaisir de Versailles with Ars Lyrica, The Barber in Man of La Mancha and Giuseppe in La traviata with Central City Opera, and Nemorino in L’elisir d’amore at the Moores Opera House. Concert work includes performances as a soloist with the Houston Bach Society, the Three Texan Tenors, the Lone Star Lyric cabaret series, Kingwood Chamber Orchestra, and lieder recitals across Houston. 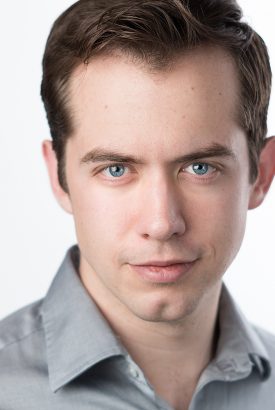 Born and raised in Illinois, American bass-baritone Zachary Owen has performed with such companies as the Glimmerglass Festival, Arizona Opera, Cincinnati Opera, Kentucky Opera, Des Moines Metro Opera, Central City Opera, Opera North, Opera Theatre of Saint Louis, and Opera Santa Barbara. He has performed the roles of Dulcamara in L’elisir d’amore, Alidoro in La Cenerentola, Ashby in La fanciulla del West, Don Fernando in Fidelio, Matouš in Smetana’s The Kiss, Figaro in Le nozze di Figaro, Haly in L’italiana in Algeri, Nick Shadow in The Rake’s Progress, Frank Maurrant in Street Scene, the Commendatore in Don Giovanni, der Sprecher in Die Zauberflöte, Spencer Coyle in Owen Wingrave, and the title role in Don Pasquale. A strong advocate for new music, he has participated in a composer’s workshop at Cincinnati Opera in which he worked alongside Jake Heggie, Jack O’Brien, and Terrence McNally to develop two characters for Heggie’s new Opera, Great Scott. In the 2018 season, Mr. Owen returned to the Marion Roose Pullin Studio at Arizona Opera and performed several roles including Don Basilio in Il barbiere di Siviglia, Angelotti in Tosca, and Lycos in Hercules vs. Vampires. A returning member of the Glimmerglass Festival, he will go on to perform the Badger in The Cunning Little Vixen, cover Don Basilio in Il barbiere di Siviglia, as well as perform supporting roles in West Side Story and Silent Night.

Mr. Owen is the recipient of numerous awards including the Grace Keagy Award at the Lotte Lenya Competition, the Brudos Family Prize for Opera Performance and was a national semifinalist at the 2015 Metropolitan Opera National Council Competition. He holds a bachelor’s degree from Luther College in Decorah Iowa and a master’s degree from the University of Cincinnati College-Conservatory of Music. 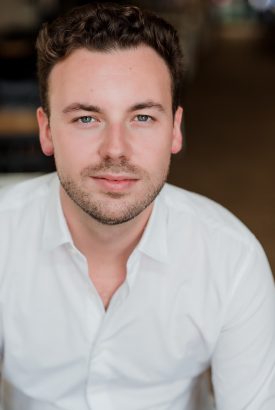 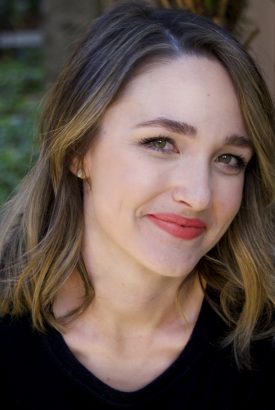 Originally from Miles City, Montana, Mezzo-soprano Christina Pezzarossi received her Master’s degree from the The Shepherd School of Music at Rice University. Ms. Pezzarossi’s operatic roles include Flora in La Traviata, Dorabella in Cosi fan tutte, the title role in Agrippina, and Rosina in Il barbiere di Siviglia. This summer, she will return as an Apprentice Artist to Des Moines Metro Opera’s Summer Festival, where she will cover the Stewardess in Flight and perform in various scenes and concerts. She has also performed with Opera San Jose, Opera NEO, Oberlin in Italy, Emerald City Opera, and Taos Opera Institute and received an Encouragement Award from the San Francisco Metropolitan Opera National Council Auditions. 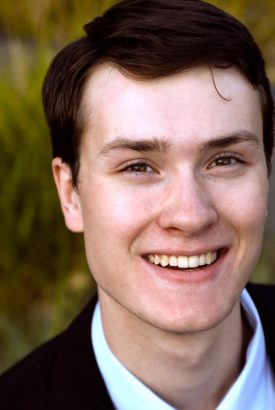 William has studied privately with Russell Penney, with Dolora Zajick at her Institute for Young Dramatic Voices, and currently studies with William Sharp at Peabody Institute. 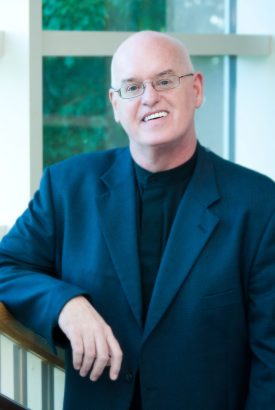 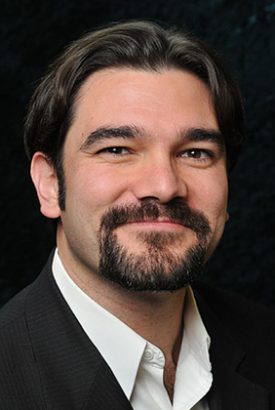